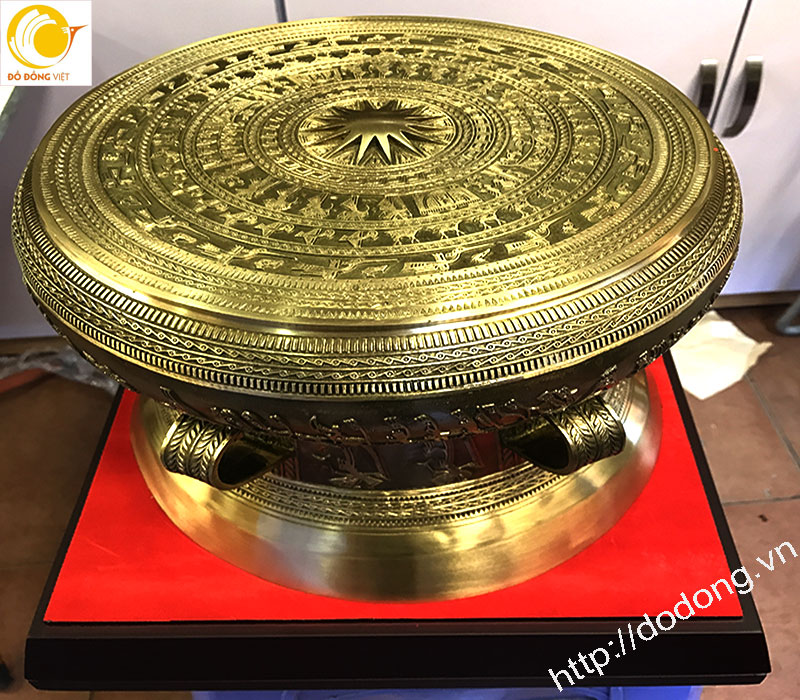 Đông Sơn drums (also called Heger Type I drums) are bronze drums fabricated by the Đông Sơn culture in the Red River Delta of northern Vietnam. The drums were produced from about 600 BCE or earlier until the third century CE and are one of the culture’s finest examples of metalworking.

The Ngọc Lũ drum is regarded as one of the most important and prominent artifacts of the Đông Sơn culture of the Bronze Age, a civilisation that flourished in around the 2nd to 3rd century BC in the Red River Delta of Vietnam. The high level of importance placed on it by historians and archaeologists is due to its well preserved and richly decorated nature

Diameter: one of 8cm – 12cm – 20cm
Material: Bronze, used by casting.
This is a handicraft product

Dong Son drums (also called Heger Type I drums) are fabricated by the , in the of northern . The drums were produced from about 600 BC or earlier until the third century AD. The drums are one of the culture’s finest examples of .

The drums, cast in bronze using the method, are up to a meter in height and weigh up to 100 kg. Dong Son drums were apparently both and cult objects. They are decorated with , scenes of daily life and war, animals and birds, and boats. The latter alludes to the importance of trade to the culture in which they were made, and the drums themselves became objects of trade and heirlooms. More than 200 have been found, across an area from eastern to and parts of

This is a product which be reproduced by Trongdong.vn